Students are not supposed to have iPods or phones out at recess. However, after telling a student to put his device away, I realized that nearly the entire fifth and sixth grade group was working collaboratively on something called the "Mannequin Challenge." (Click here to learn more!)  I quickly gathered that the goal was to create a video of people staying as still as mannequins while life continues around them.  I allowed them to continue their project and film several takes and I captured this video of their Mannequin Challenge.

#mannequinchallenge at #recess at #waitsfieldschool
A video posted by Nora (@artclass_allday) on Nov 18, 2016 at 10:27am PST


For another version of the Mannequin Challenge, check this out! (Make sure you watch all the way to the end.)

Ask me if you can draw a "Hand Turkey." Go ahead. Ask.

While telling kids that there is a right or wrong way to draw anything makes my skin crawl, I cannot stand Hand Turkeys! Since Kindergarten artists want to draw turkeys one way or another, I help them create more unique versions using simple lines and shapes.

We drew with pencils, traced the lines with black oil pastel and then painted with tempera paint cakes. 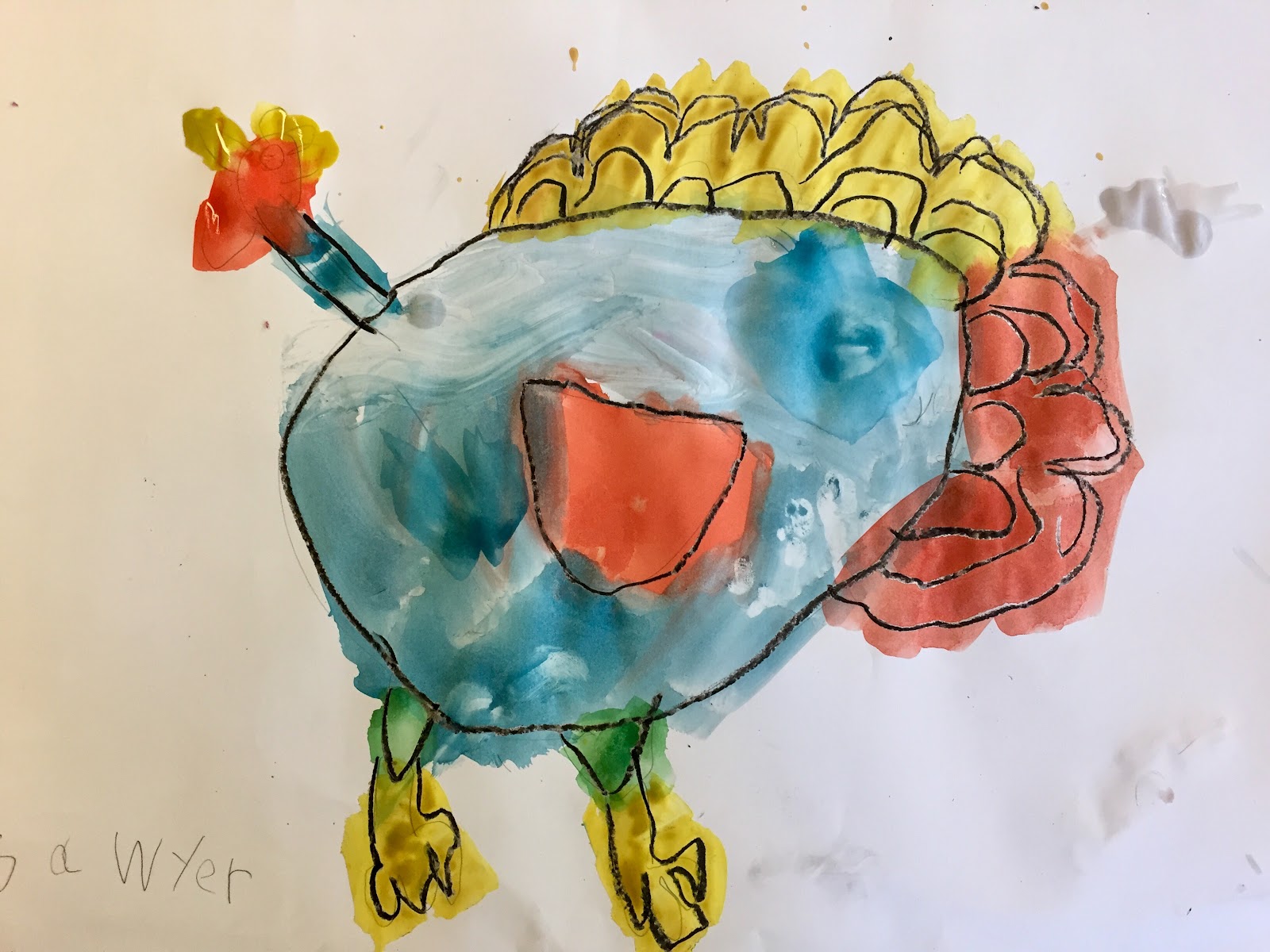 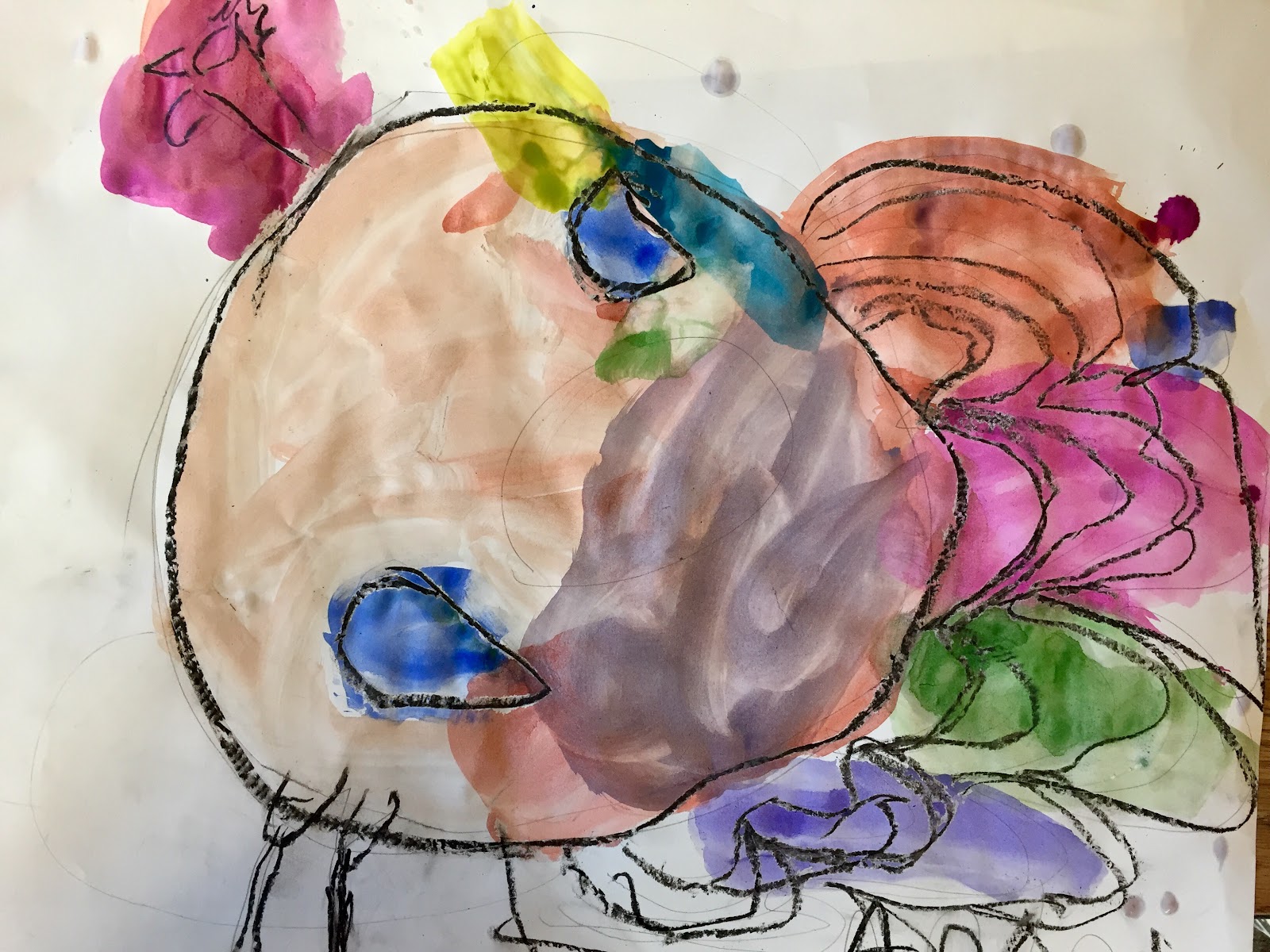 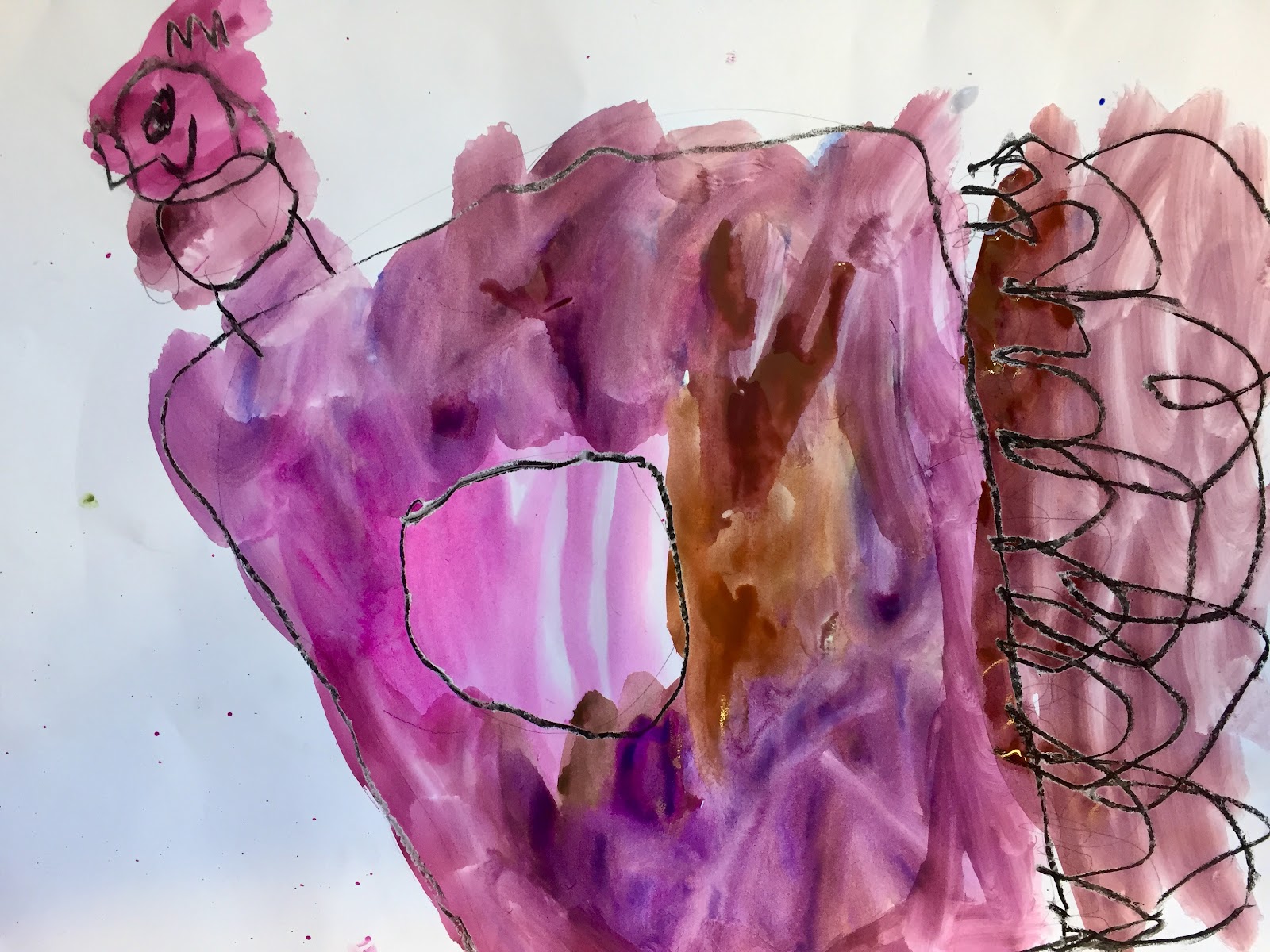 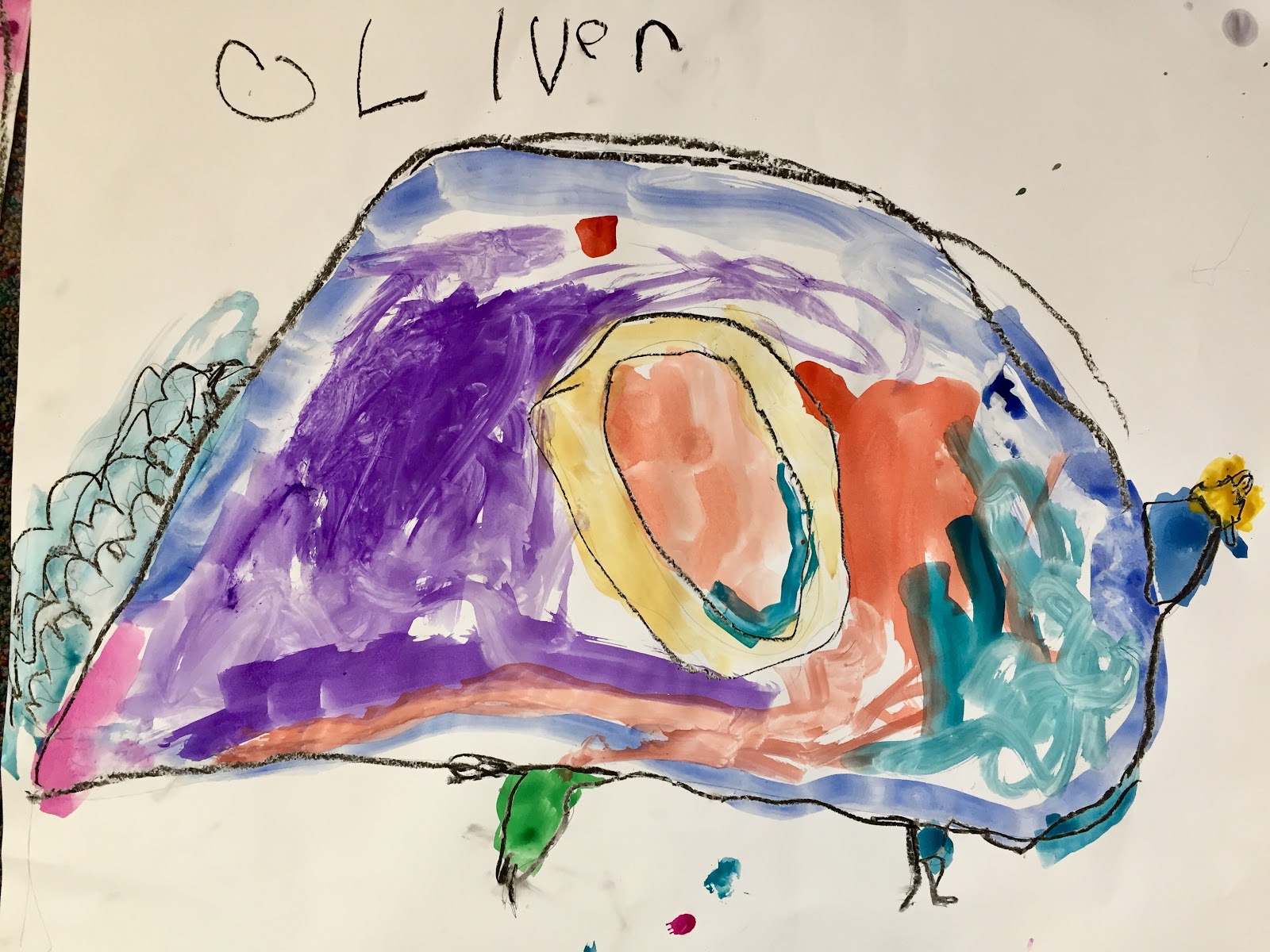 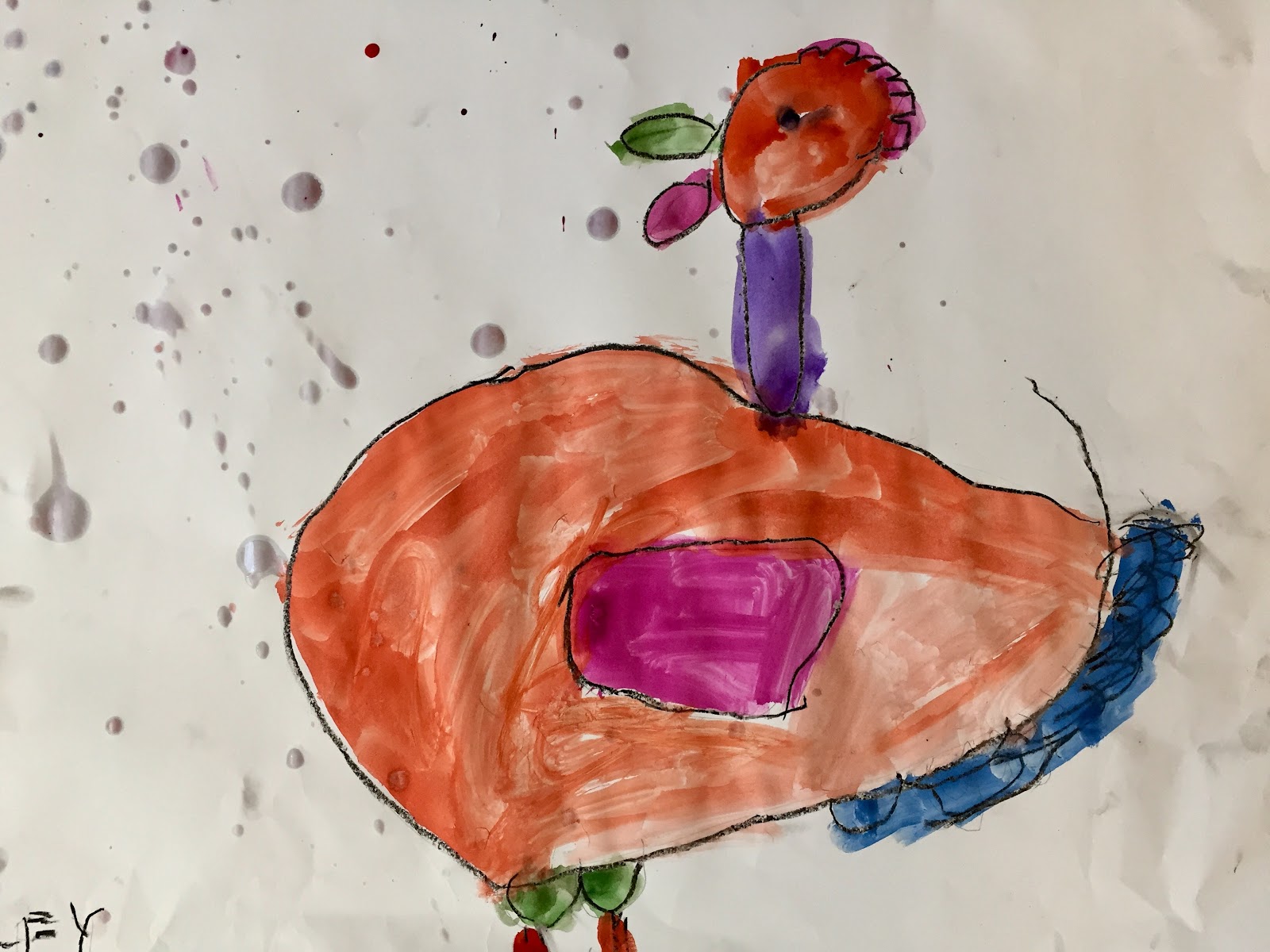 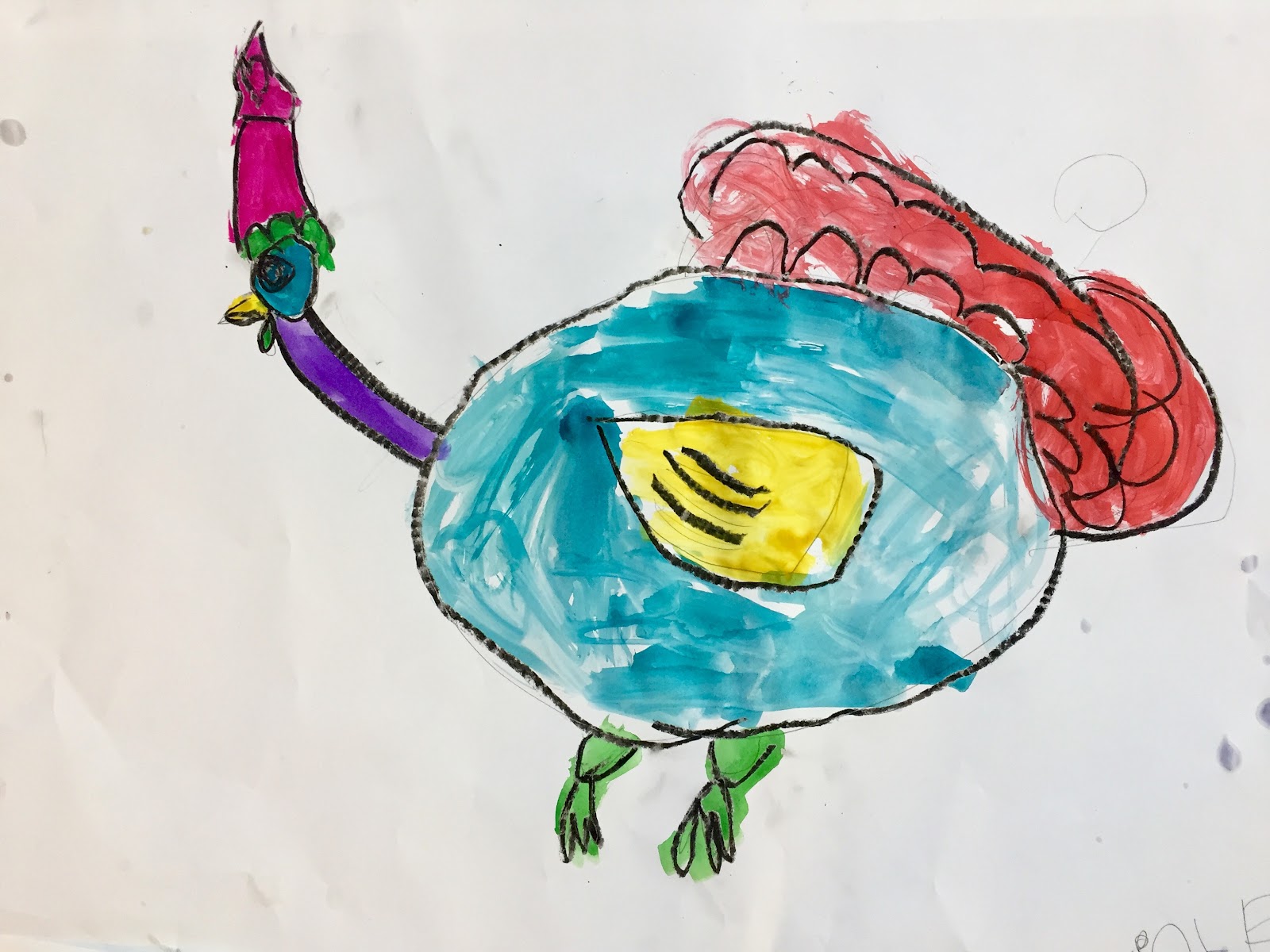 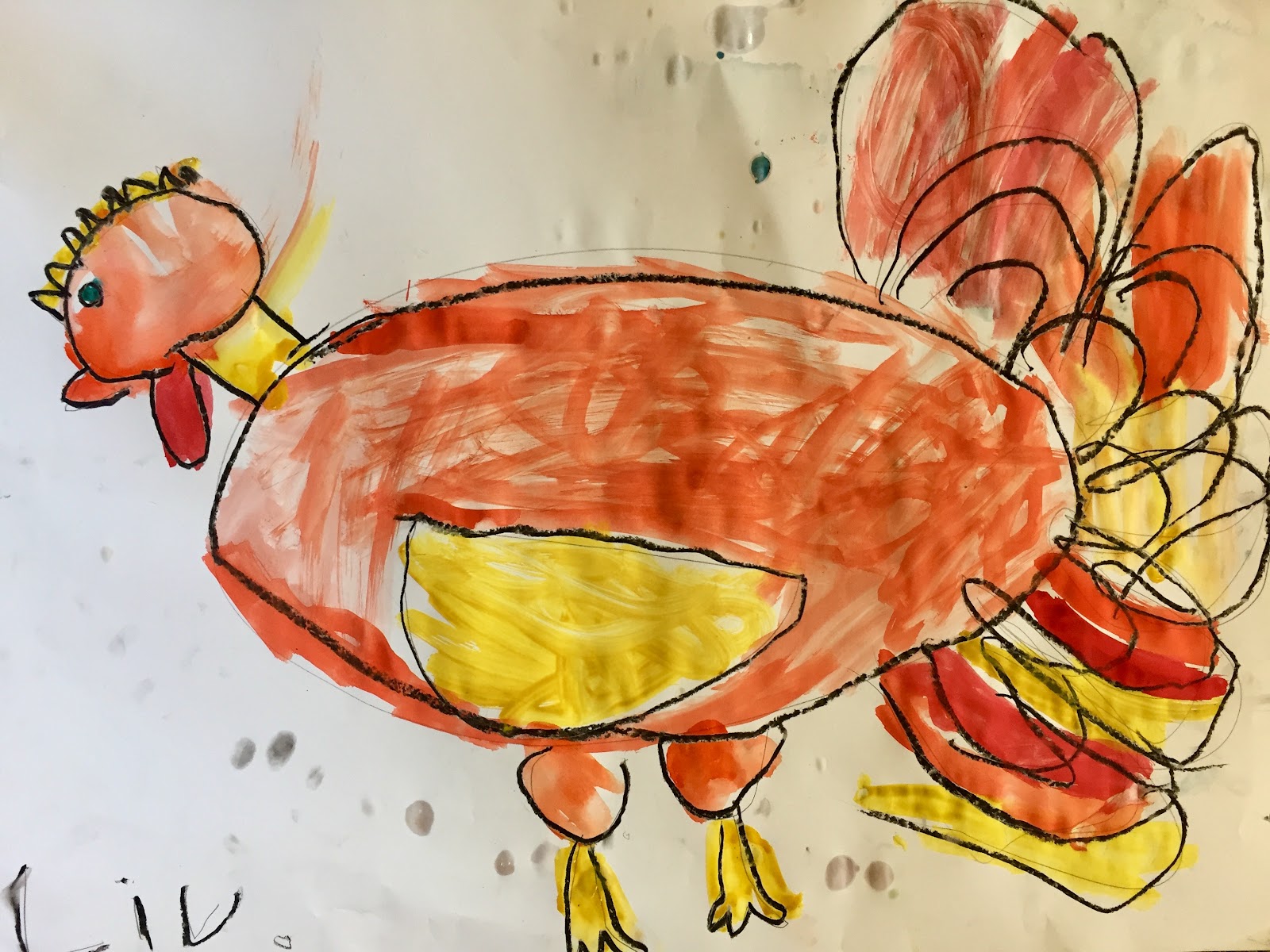 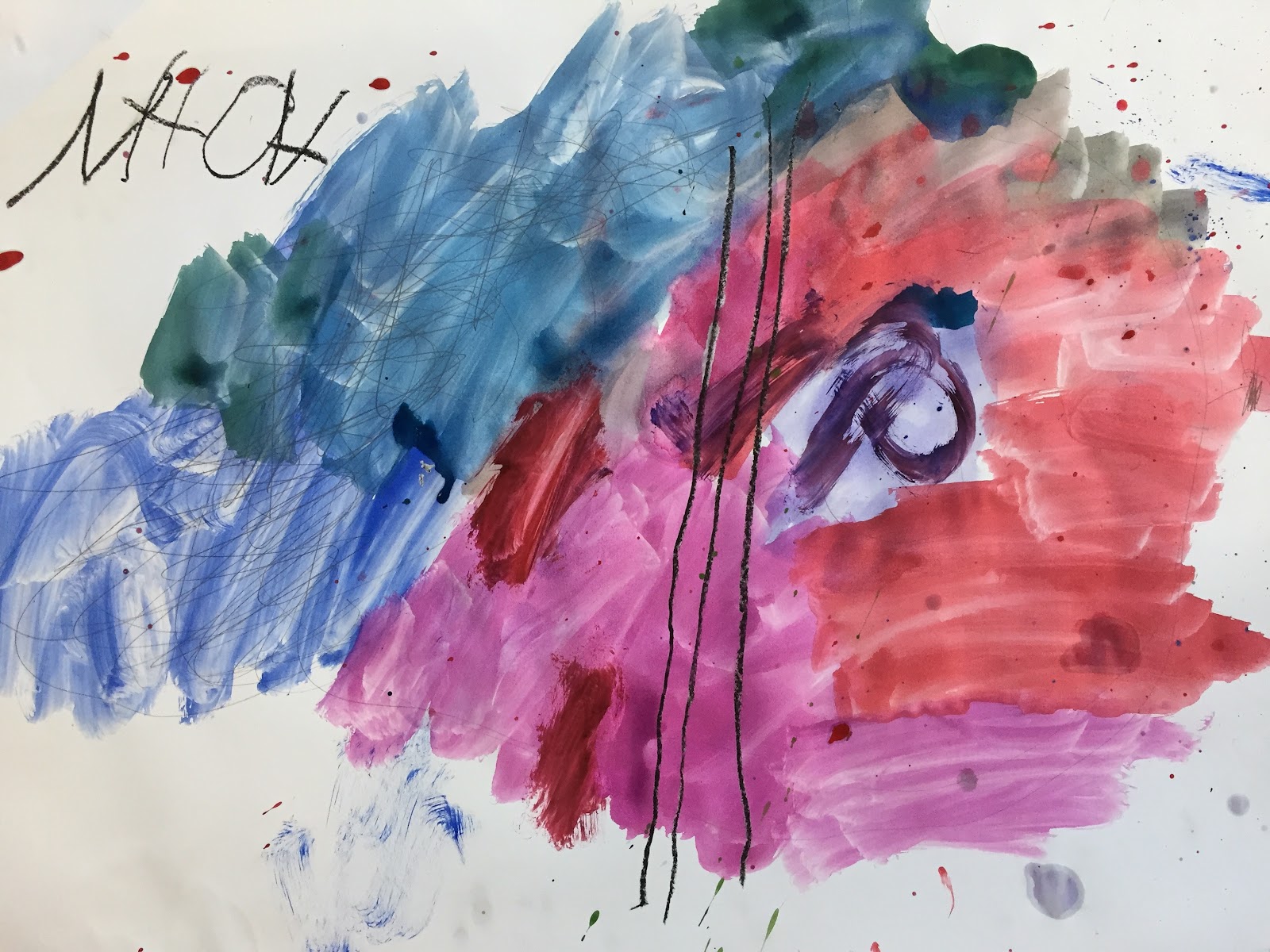 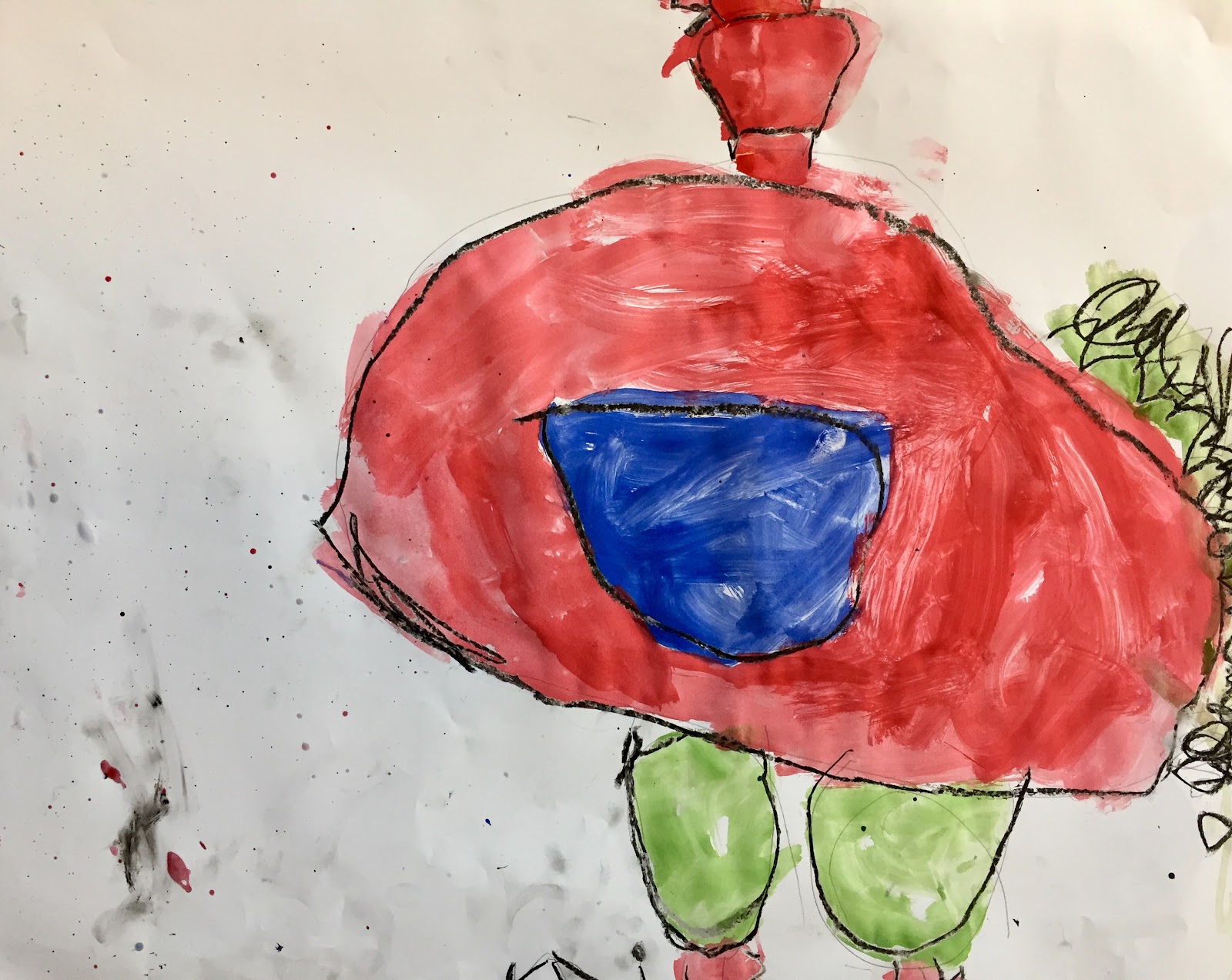 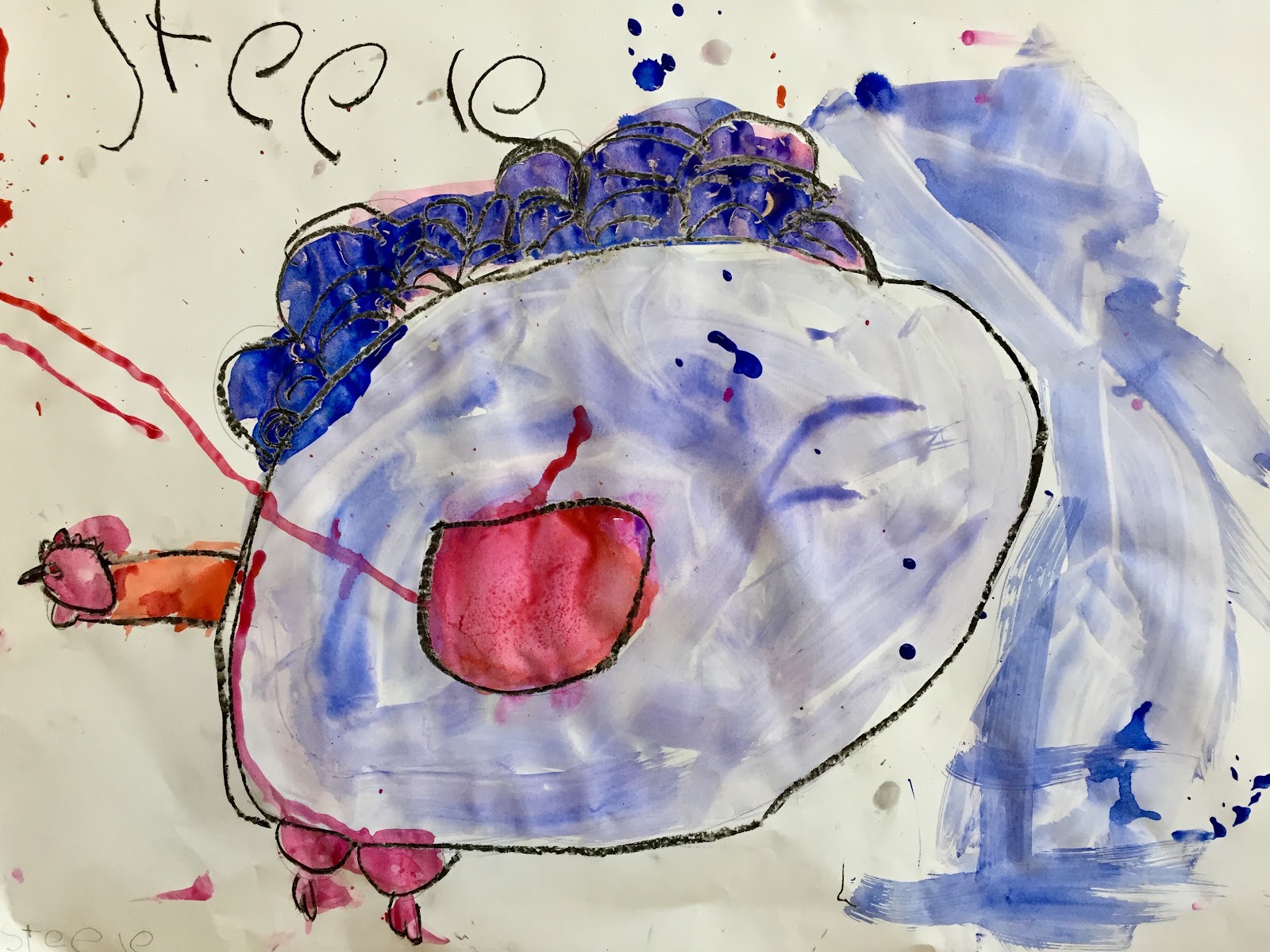 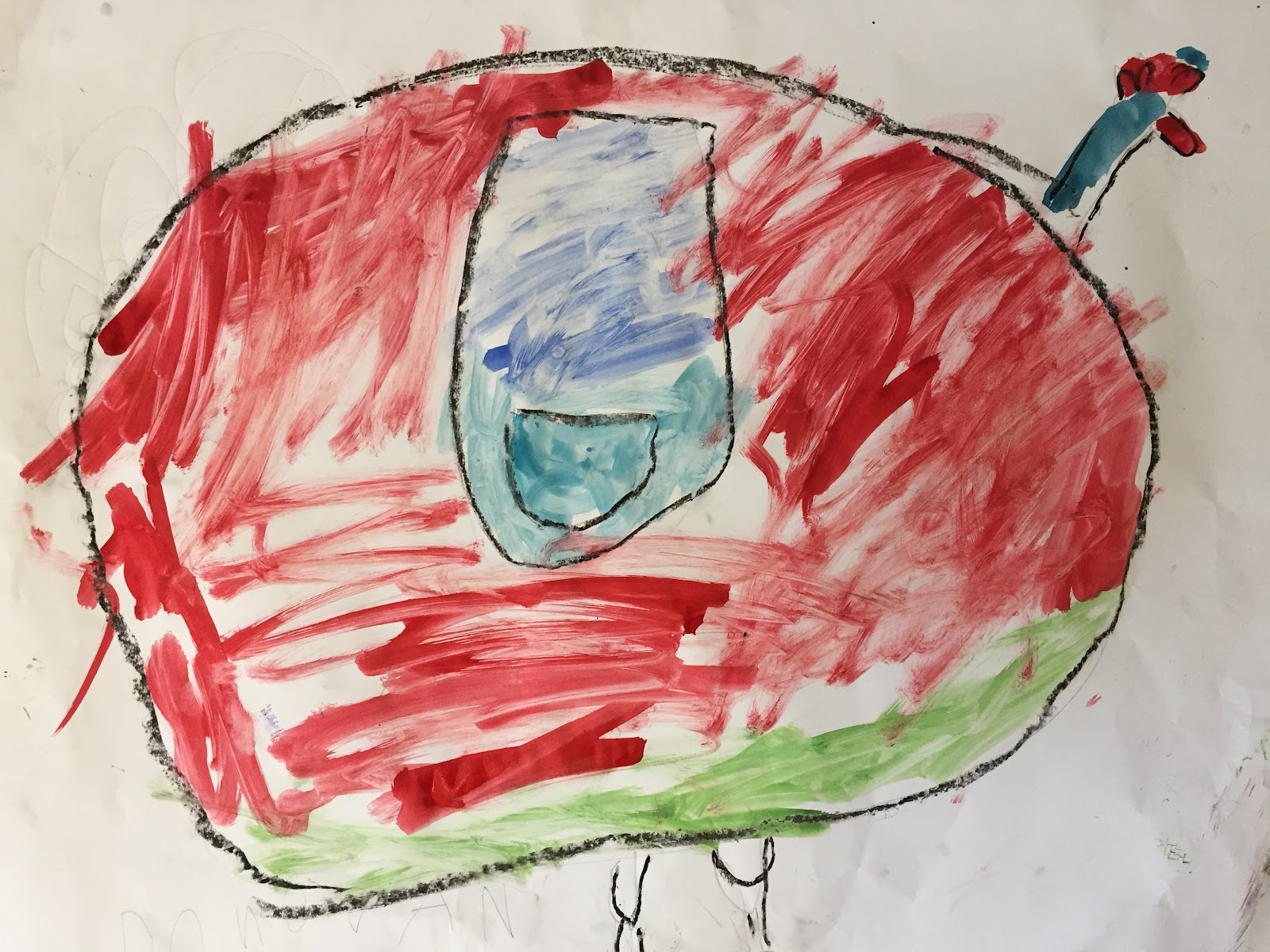 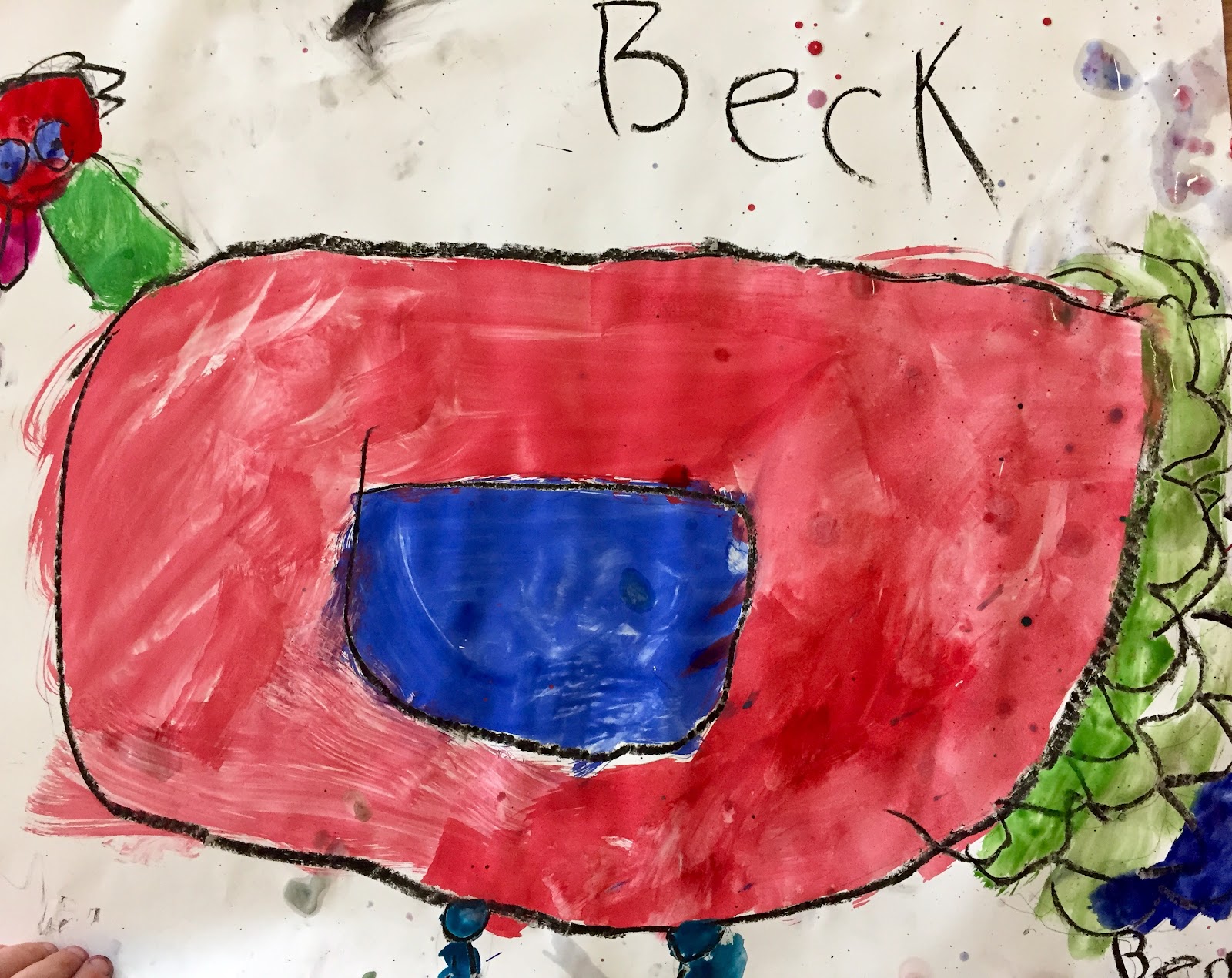 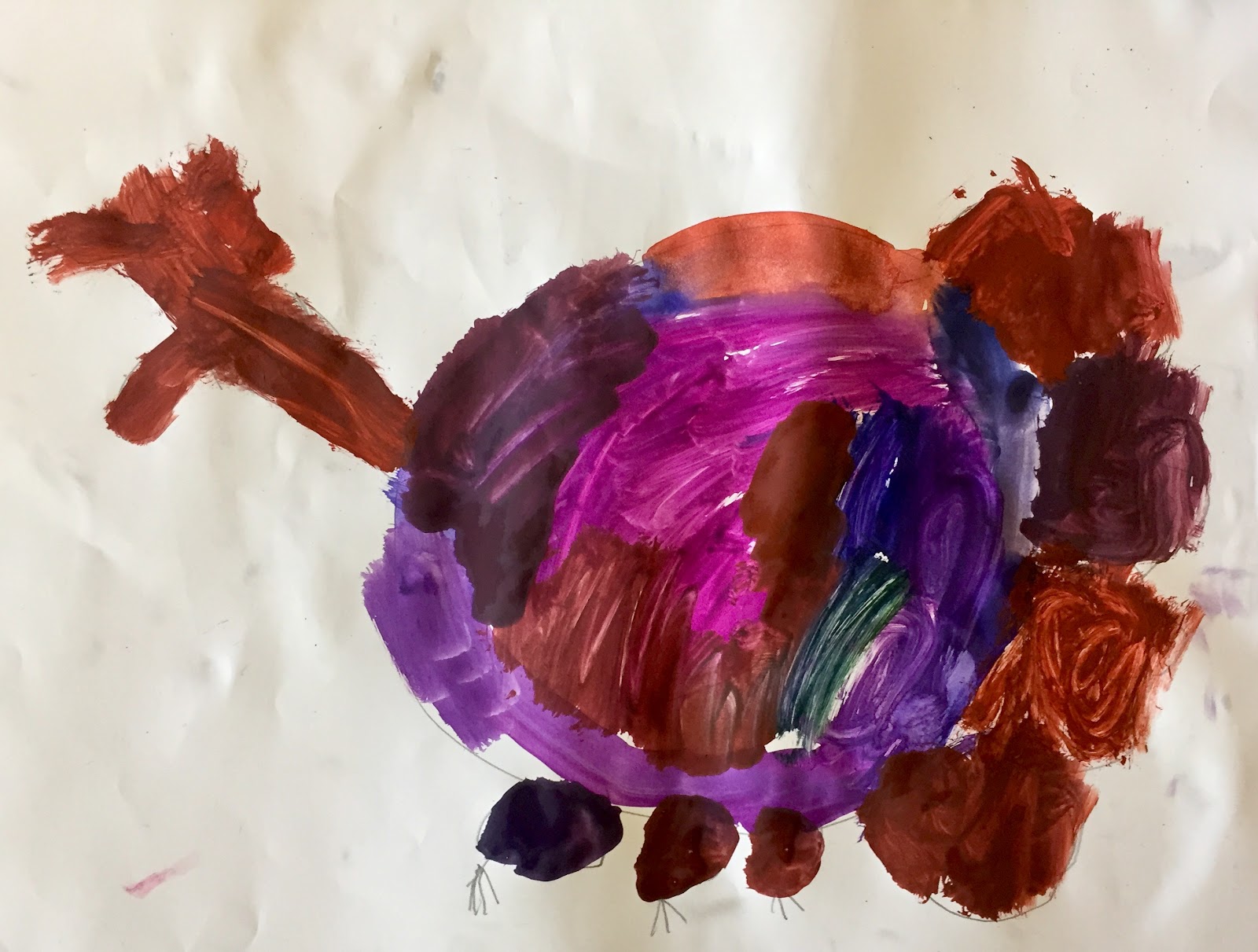 Kindergarten Artists read "Perfect Square" by Michael Hall.
Last week, while learning about color mixing, we used watercolor paints to paint squares of paper. Today, Kindergarten artists were challenged to see what they could turn their painted squares into.

Is it a bird or a plane? Grass or a tree? A garden, a mouth, a window or a ghost? 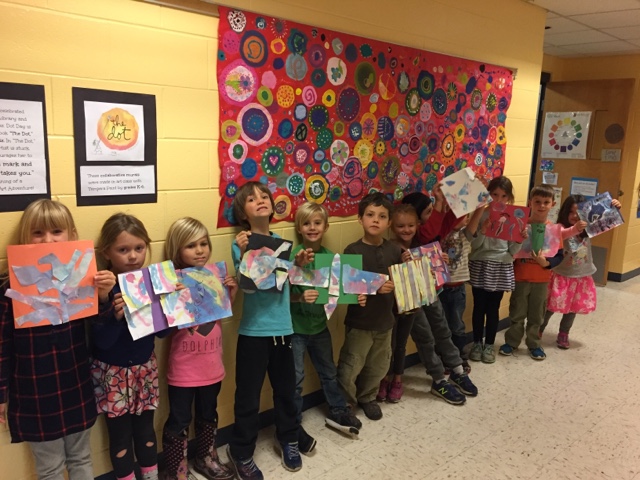 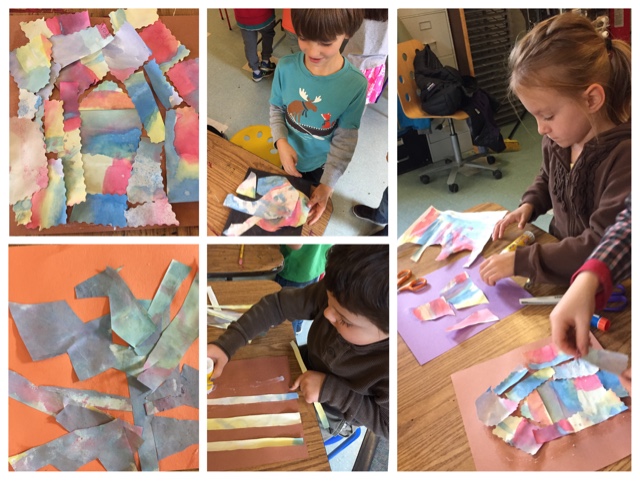 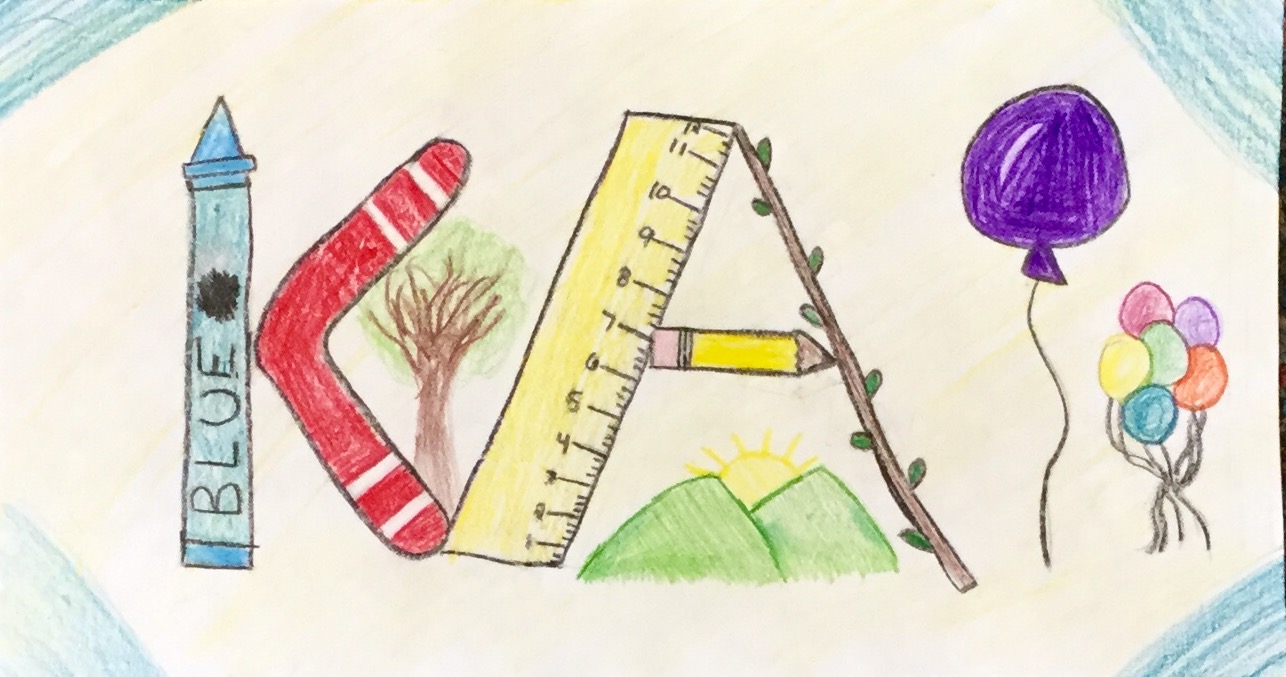 In Kindergarten Art Class we read the magical and oh-so-fun book "Flashlight," by Lizi Boyd. Boyd is a Vermont artist and author, so her whimsical illustrations of a young boy's night walk through the woods look somewhat familiar.

Kindergarten artists imagined their own nighttime adventures and used gold, silver and white paint on black to paint them.

Beck
I imagined that there was a porcupine, a deer and a beaver around me.

Oliver
A human found a fox and a deer. The fox and the deer lead him to his tent.

Giselle
It was a beautiful night. It was nice. We saw an animal-- an owl.

Sawyer
There was shiny glass. I have a flashlight. I see deer.

Kinley
It’s about all the creatures getting scared because there’s a little ghost right there in a spot nearby.

Kai
He shines the light on the porcupine. The stars glow in the dark.

Carly
An owl was flying in the sky and then a deer came. Then all of the animals started to be friends.

Liv
The owl was hiding in the tree. The deer was chasing after the owl. Then there was a bear.

Annamae
There was a ghost and a rabbit and a baby ghost. It was a dark, dark night.

Steele
I’m walking into the woods and I saw a turtle, then I saw an air balloon and a flower.

Piper
I saw an owl and a rabbit and a deer and I was wearing a pretty nighttime dress made out of moss and leaves.