Excepert from A.J. Juliani's article "Reimagining Genius Hour as Mastery Hour"
In the 14th century, the term "genius" was regarded as a guardian spirit. Yet a person with "unworldly" talent was said to have a genius, because his/her gift (of genius) being a supernatural act. No one was said to be a genius, because that would quite literally mean you were a guardian spirit.
This changed in the 1600s, when the meaning began to morph and people would use the term genius to describe someone with natural ability, and someone with an exceptional natural capacity of intellect, not necessarily just a gift from a supernatural friend.
By the end of the 17th century, this usage was common, and the old terminology of having a genius seem to fall out of the public vernacular. When you look at Google nGram, the word "genius" was at it's highest point of usage in the late 1700s and has been dropping in use steadily since the turn of the 19th century.
However, the word genius still resonates with people from various different cultures today. It conjures up images of Einstein, and we use it to describe contemporary leaders like Elon Musk. Elizabeth Gilbert - the author of Eat, Pray, Love - talks about this change in usage for genius during her very memorable TED talk. She muses on the impossible things we expect from artists and geniuses — and brings back the idea that, instead of the rare person "being" a genius, all of us may "have" a genius.

Click here to read the rest of the article.

Genius Hour is one of the Big Ideas that lead us to our Inspiration Project.  This article talks about the importance of letting students design and have control over their own learning and even the importance of failure.
Posted by Nora McDonough at 9:05 AM No comments:

Wonders of the World Paper Construction 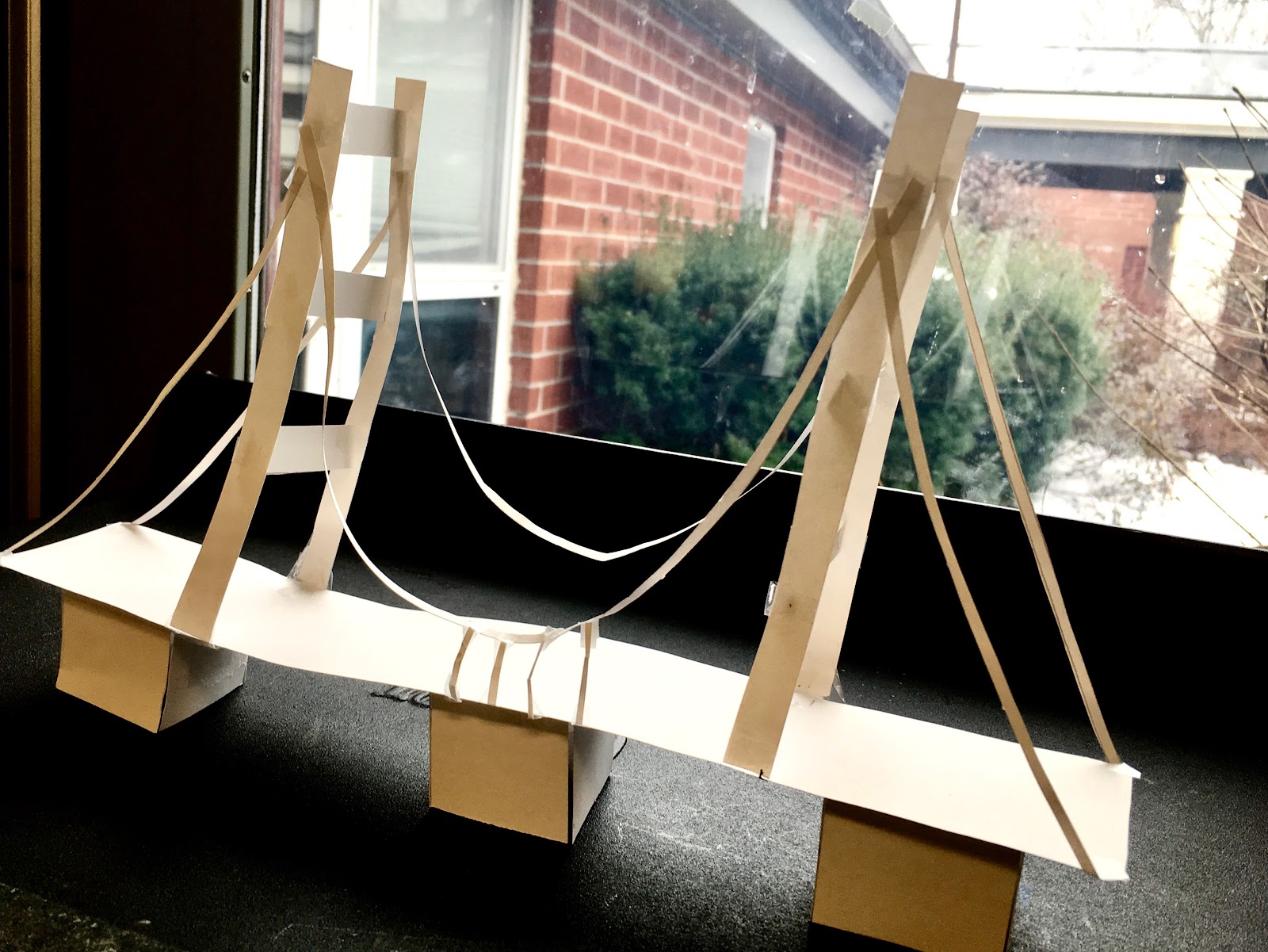 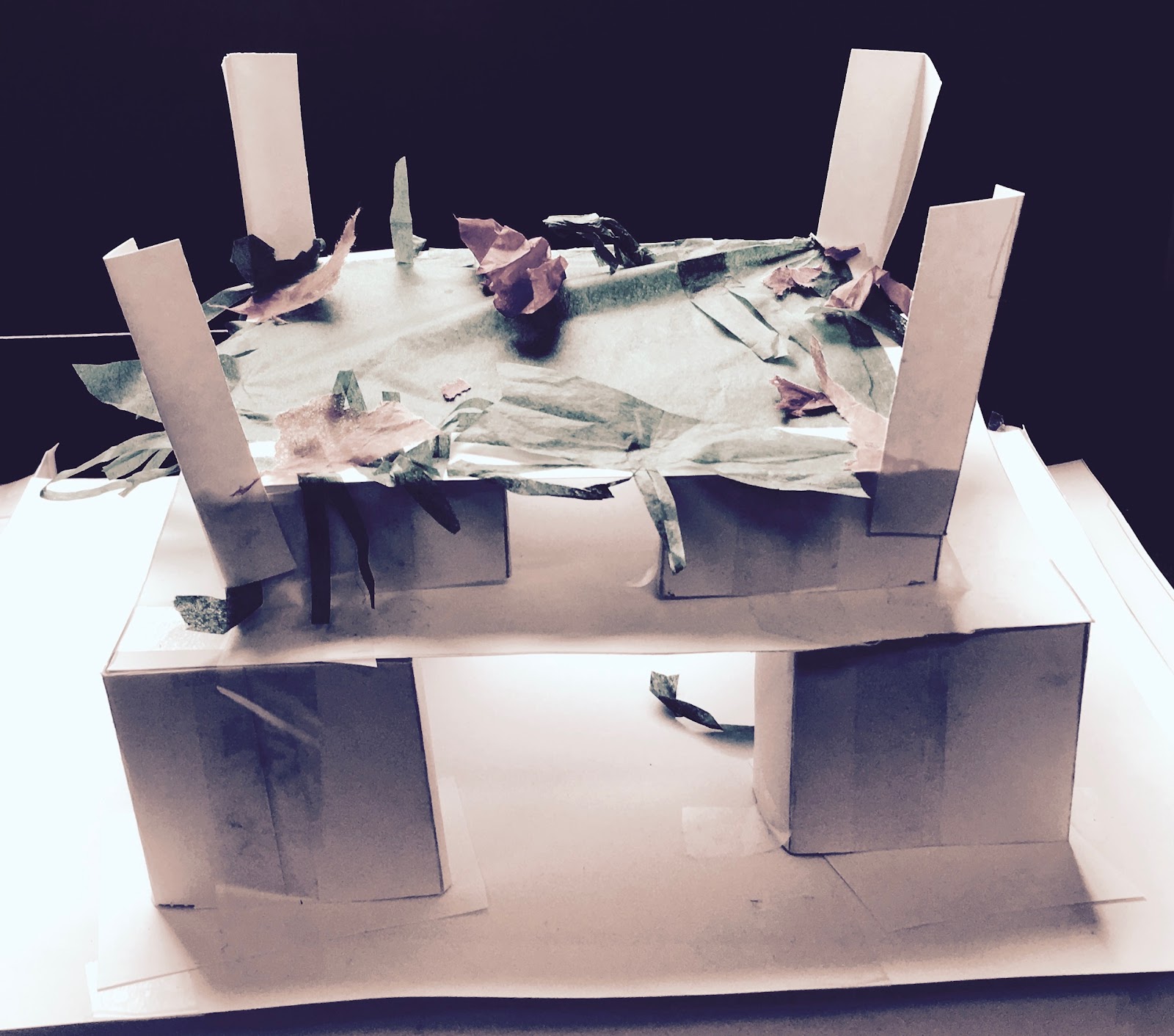 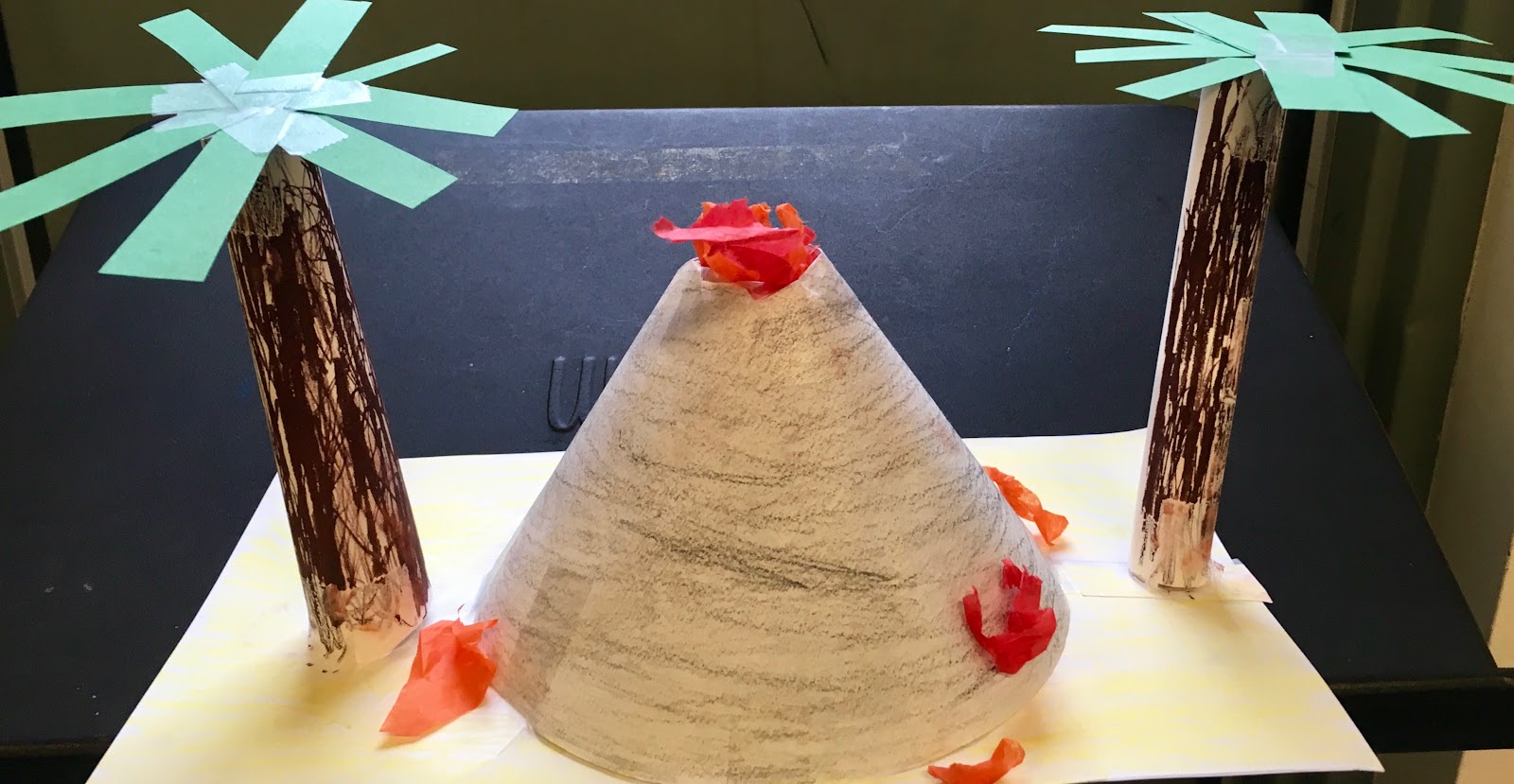 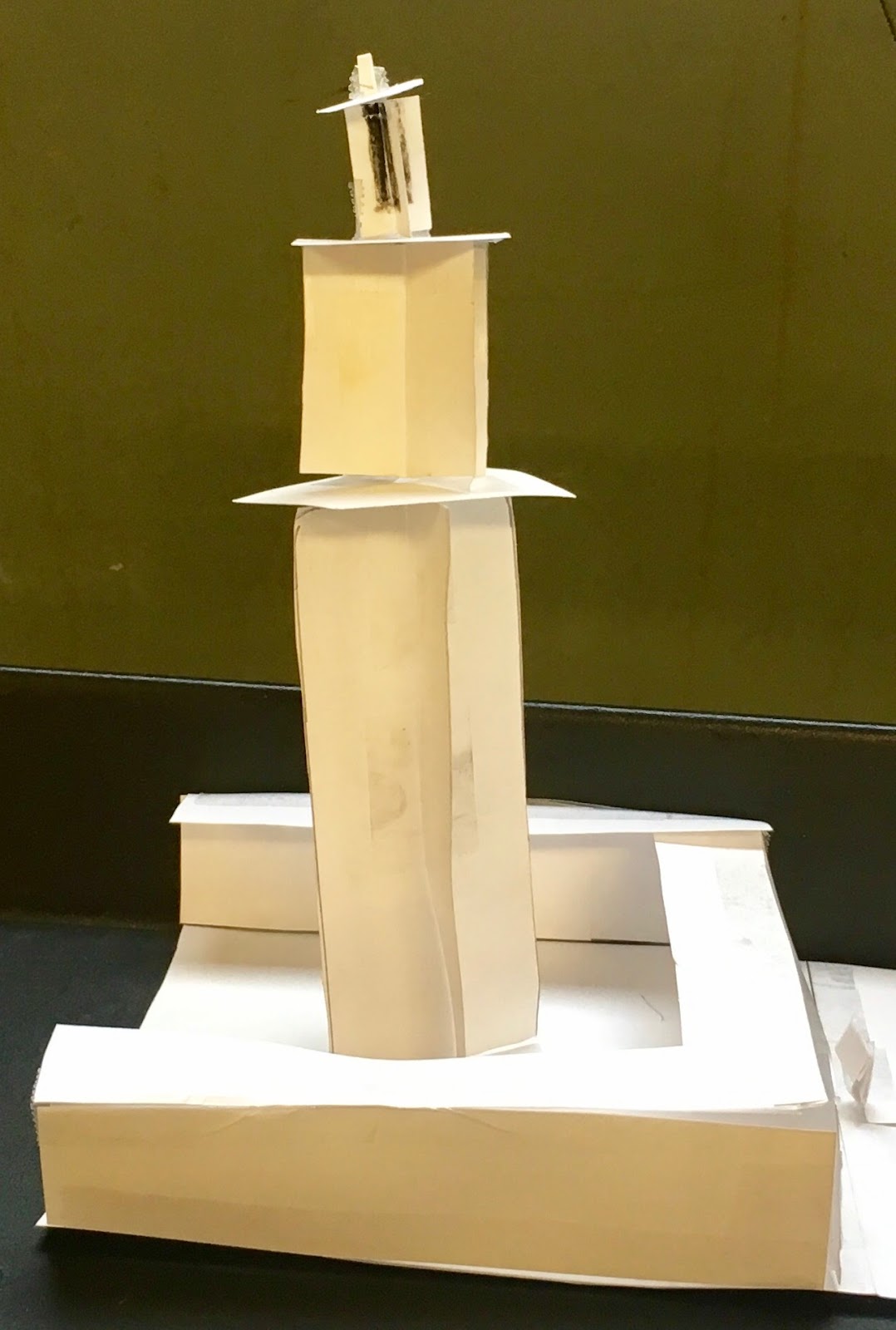 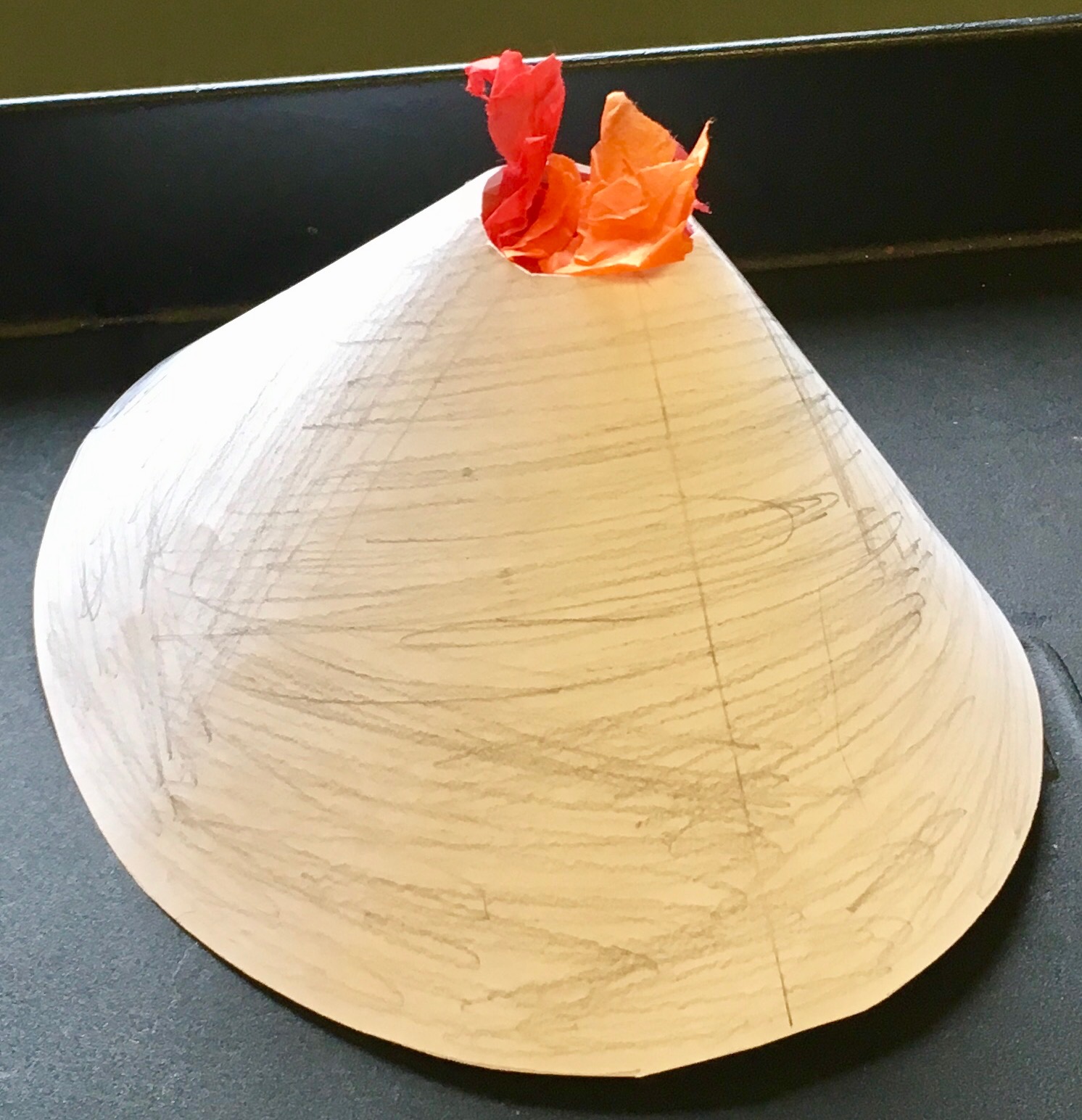 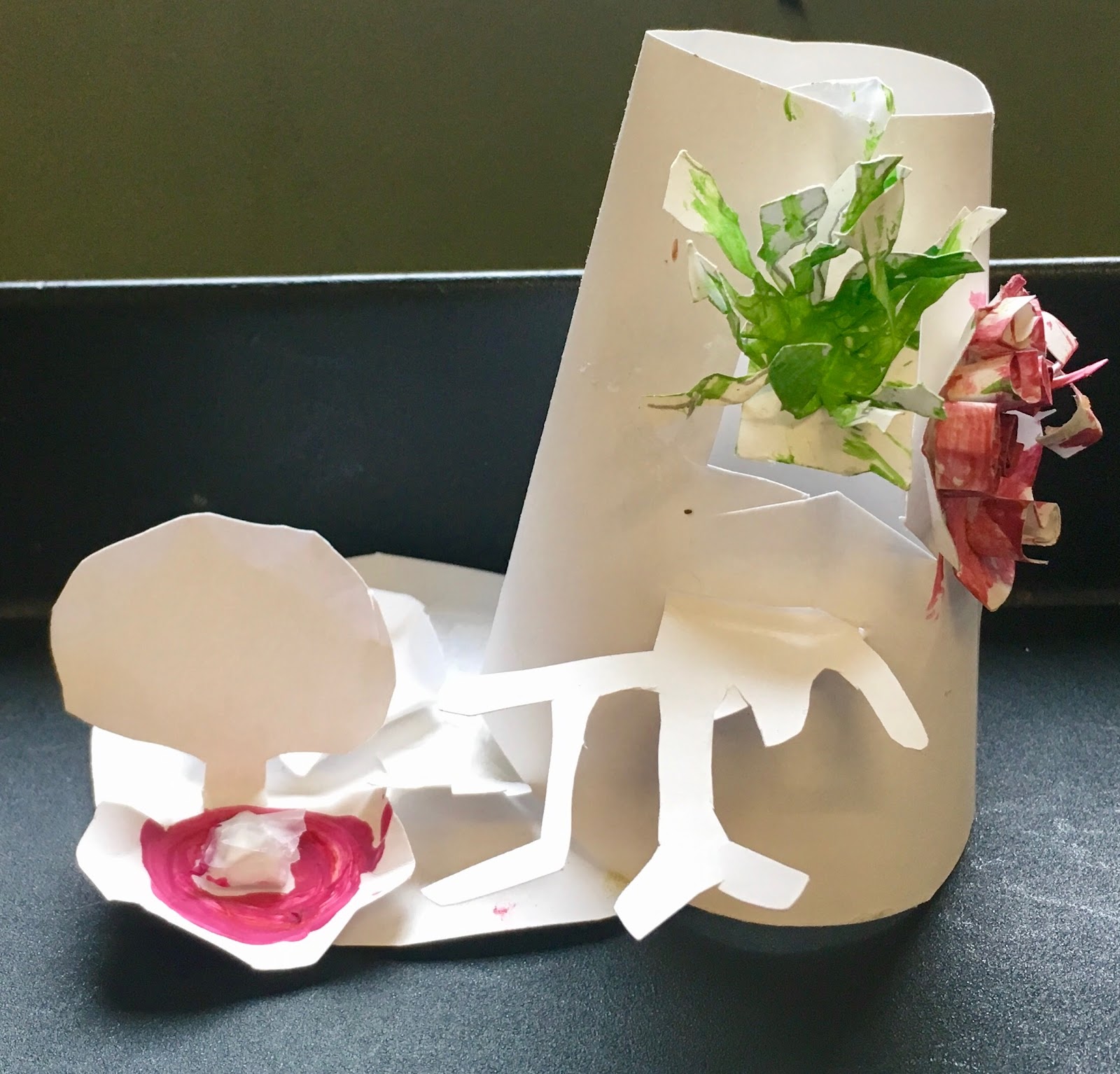 Posted by Nora McDonough at 1:05 PM No comments: 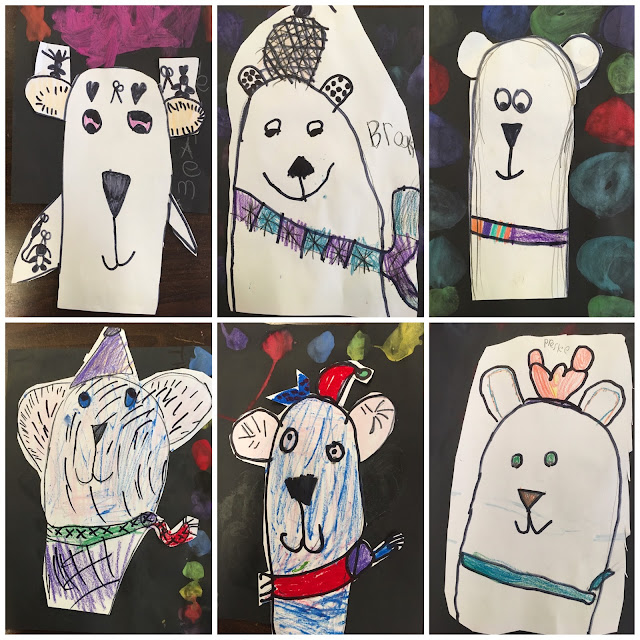 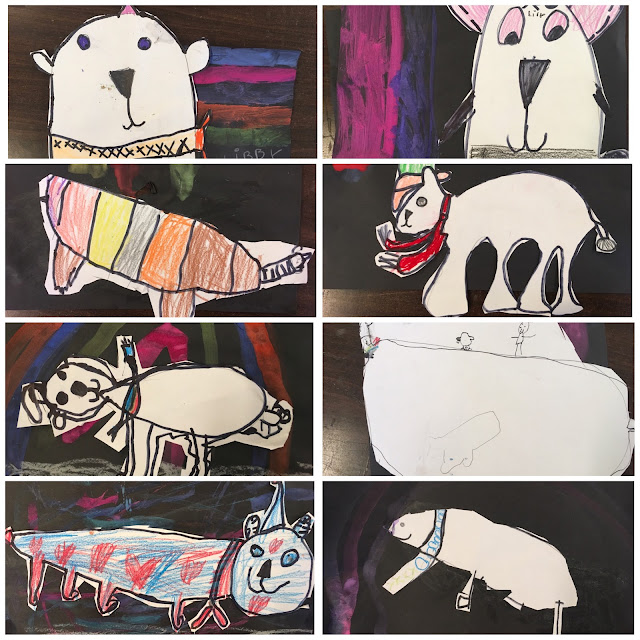 Click here to read "Who is Piet Mondrian" at Tate Modern for Kids. 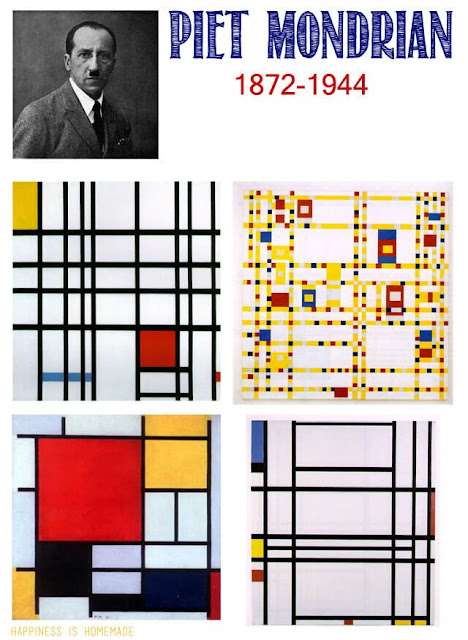 First and second grade artist explored the work of Piet Mondrian in two ways.  First we used pre-cut black paper strips to create a grid, then painted with the primary colors.  Then we used construction paper to collage colorful compositions in Mondrian's style. 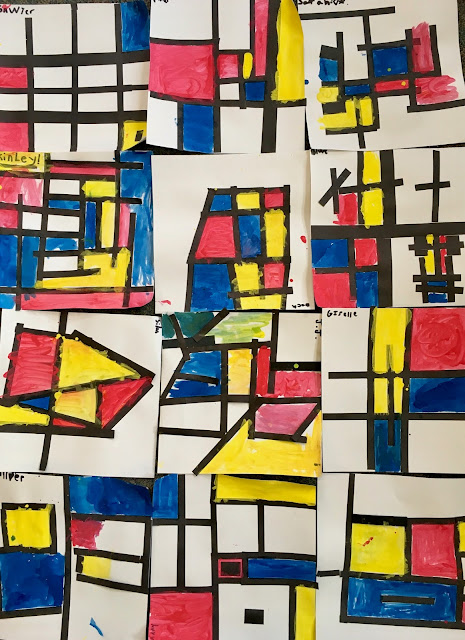 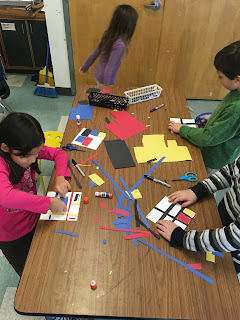 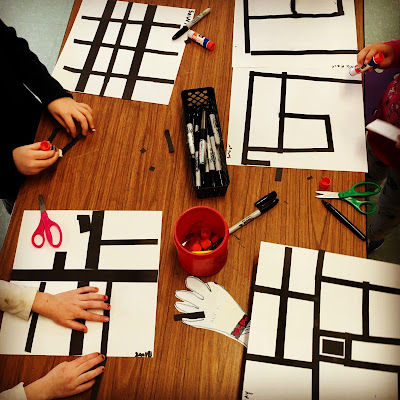 Posted by Nora McDonough at 2:18 PM No comments:

Art with numbers and letters inspired by Jasper Johns

I'm not sure what 'coming out right' means. It often means that what you do holds a kind of energy that you wouldn't just put there, that comes about through grace of some sort.”
- Jasper Johns

First and second grade artists looked at various Jasper Johns paintings that included letters and numbers.  Each student chose a number or letter and use the primary colors of tempera paint to "camouflage" it with both, energetic brush strokes.  We experimented with color mixing and different types of brush strokes.

Posted by Nora McDonough at 12:44 PM No comments: